The Value of Mental Prayer 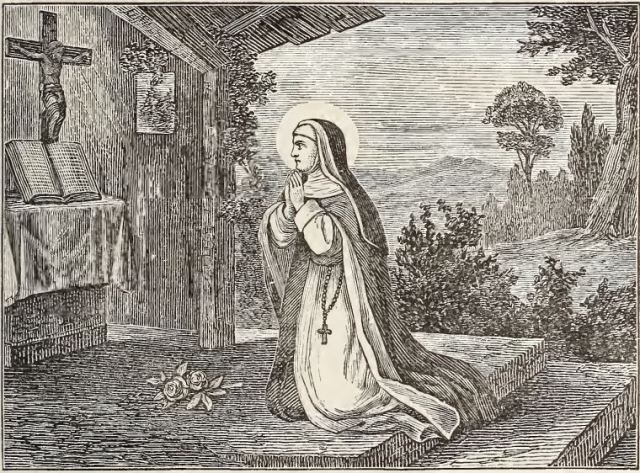 Father Guibert states that the act of praying “involves more than a petition, it is already an effort as well. Consider, indeed, the interior impulse of a soul in prayer. The desire itself is an inner prompting, an ascent towards God, a bringing of all the faculties into harmony with the will of God. Have you not felt that prayer itself is an unfathomable work, and that it transforms you in proportion to the way in which it expresses itself, and that you come from it quite other than you were when you began it? What a horror you conceive of sin! How you thrust the occasions of sin far from you! With what energy do you burst your chains, and what liberty you secure for yourself! What love of God kindles within you! How splendid appears the ideal of holiness to you! And how obedient are all your powers in being directed towards the end of your aspirations! Are you not then under the sway of grace, collaborating with God with your whole soul? And do you not see that the new man, who will be manifested outwardly, will be merely the revelation of the silent transformation that prayer has slowly wrought within.”

“If such is prayer, if such are the results it ought to bring about, who can fail to see that it is a form of action, but of an action that takes place entirely within? Hence it is by nature something inward or mental. What would be the use of forms uttered by the lips, if, at any rate implicitly, the petitions had no inward expression, and if the heart did not co-operate? Hence, progress in prayer does not consist in the frequent repetition of forms, but in the duration and intensity of the interior labour.”

“The value of mental or silent prayer depends upon two things. The first is this, that when the lips are silent, the activity becomes more intense within the soul, because the attention is undivided. . . . The second is this, that prayer which is mental becomes more individual, and thereby more active. As long as we use vocal prayers, we are the slaves of forms of prayer, and our feelings inevitably follow the path laid down by the writer of the words; and thus we undergo a certain amount of restraint. Mental prayer restores our liberty; our heart gains its own initiative thereby; they are its own thoughts and feelings that it expresses.”